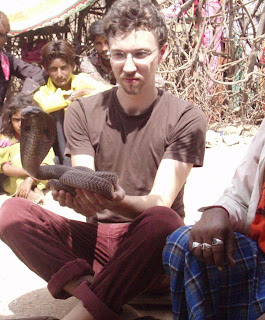 One of the standout moments in life is reaching an educational milestone.
It doesn't even have to be your own -

Today Ernesto completed his undergrad college work, and in February will receive the piece of paper (as long as he doesn't have any library fines!). As a parent, I look forward to the ceremony as I didn't when it was my own diploma being awarded. Back then, having to buy a one-use gown then sit in the swelter, without ever having my name actually called, wasn't very enticing - I think I went hiking that day.

However, when my sons are being honored, you better believe I'm attending! Temple University's mid-year commencement exercises are much smaller than their May event, so his name might be announced. Even if it's not, Fred and I will be there, proud and happy.

We don't know where his Anthropology degree will take him, but the process of earning it has already carried him far: to Philadelphia, where he's figured out the housing and work challenges many students face; to Rome for a semester; to rural western India for a month.